It’s Time TO Cut The Cord

New Amsterdam: Cancelled or Renewed for Season Three on NBC? by Telly Vulture 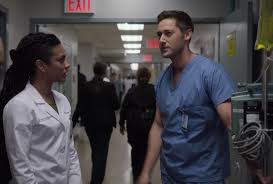 What’s This TV Show About?

Airing on the NBC television network, New Amsterdam stars Ryan Eggold, Freema Agyeman, Janet Montgomery, Jocko Sims, Anupam Kher, and Tyler Labine. Doctor Max Goodwin (Eggold) is a caring physician whose goal is to fix a broken medical system and to provide exceptional care to the people who need it most. He inspires (almost) everyone around him, and will stop at nothing to breathe new life into the understaffed, underfunded and underappreciated New Amsterdam Medical Center. Those working with Goodwin include Dr. Lauren Bloom (Montgomery), the head of the ER; oncologist Dr. Helen Sharpe (Agyeman); cardiovascular surgeon Dr. Floyd Reynolds (Sims); psychiatrist Dr. Iggy Frome (Labine); and Dr. Vijay Kapoor (Kher), head of the Neurological Department.

The second season of New Amsterdam averaged a 0.77 rating in the 18-49 demographic and 5.09 million viewers. Compared to season one, that’s down by 28% in the demo and down by 14% in viewership. Find out how New Amsterdam stacks up against other NBC TV shows.

New Amsterdam on NBC: Cancelled or Renewed for Season Two?

What You Need to Know About a TV Streaming Service

What Is the Best Way to Watch TV?

What is Video On Demand?